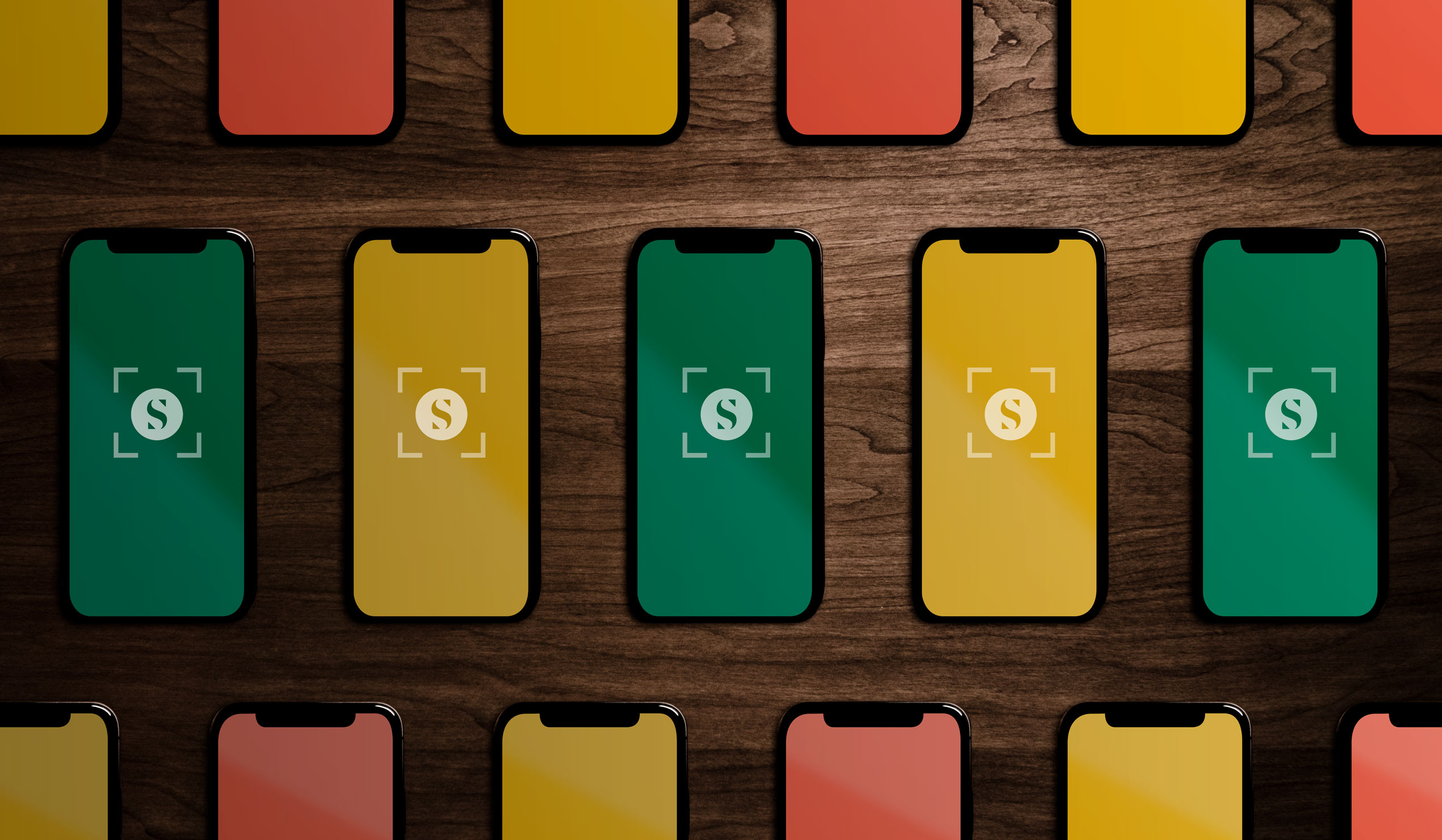 Around the office, we know Luke Hurd as our Digital Immersion Director. To most of his 163,000 Instagram followers, he’s the creator behind AR effects like Pickle Cat and Woll Smoth & Fronds. And if you run in tech circles, you may know Luke as a Developer Lead for Facebook Developer Circles or one of three select augmented reality developers in the Western Hemisphere. But no matter what you call him, this guy brings a unique collection of skills and experiences to the table that has launched Signal Theory into the worlds of augmented reality and social media at light speed.

With our next few blog posts, we’re going to bring you along on our journey. First up, a Q&A with the man himself. Read on to see what one of the industry’s leading experts has to say about where creating with Spark AR has taken him, and where it’s headed in the future.

What is AR, and how did you get started with it?

AR is shorthand for augmented reality – any kind of technology that allows a user, usually on their phone’s camera, to place extra content over what their camera sees. We’re taking content and superimposing it over the user’s view of the real world, basically.

My first experience with AR was about a year and a half ago, building a couple of effects for Snapchat. On the surface, Snapchat is great for AR, because it’s a camera-first app. You use video to do everything on that platform. But where it falls short for creators and brands is that at its core, it’s a chat app. It’s ephemeral. So it’s not creator-based, and it’s harder to build a following and find the right people.

But developing those effects for Snapchat did get my wheels turning on the potential for AR in the right setting. I told myself, “Once this opens up on Instagram, that’s when it’s going to make a difference for brands, and that’s when I want to get involved.”

How long did you have to wait?

It took about six months for Instagram to announce they were launching AR on their platform. About a month after that, they announced they would be doing it with Spark AR Studio – a software platform that allows you to build AR effects for cameras on people’s mobile devices. At the time, Spark was being released to creators on a limited basis. So I applied, I had my friends apply, I had my wife apply, I had our cat apply – I was bound and determined to get access to this thing. Lo and behold, a couple of us did, and that’s where it all started.

That was in November of last year. By March, Facebook noticed.

They contacted me and said, “Your engagement numbers are through the roof. We want you to come out to Facebook HQ, and we want to feature your effects in a keynote.” So I went out there and watched a keynote presentation that featured me and my effects. Which was amazing, obviously. But the real thing that blew my mind about about the potential of AR wasn’t at Facebook. It was visiting Instagram HQ.

Instagram invited me out to meet with them after I wrapped up at Facebook. And when I got there, it was surreal. There were like 200 people I met that day who had been following me for months. People were taking selfies with me. They knew my name, my wife, our cat – everything. I saw my account pulled up on screens. There’s a guy there named Franklin who follows and unfollows my account to make sure my effects load and unload correctly.

I wasn’t prepared for or expecting this at all, and I don’t say any of this to brag. But I think it illustrates just how big Instagram thinks AR is going to be for them. I immediately went home, took seven days off of work and spent that entire week becoming as much of an expert as I could. So I dug in and tried to learn as much as I could about the software and some of the stuff like 3D modeling that goes into creating content on Spark. I even filmed a series of tutorials on YouTube so that when Spark released to the public, people could go and learn how to build content and grow the community.

I immediately went home, took seven days off of work and spent that entire week becoming as much of an expert as I could.

And just how big is the AR community, exactly?

In terms of developers, there are about 40,000 people working in AR right now.

In terms of users, that’s a much, much larger group. To give you a sense of the scale, my most popular effect had 45 million engagements in the first six months, and had a little over four million last week. That’s definitely toward the high end since I’m just about the largest AR creator out there. But it gives you a sense of the scale – millions of Instagram users engage with these experiences.

So you must be doing something that other developers aren’t?

Most Spark creators come from a software or game development background, so the technical prowess is there for a lot of these folks. However, there isn’t always a lot of thought given to the overall user experience, or whether an Instagram user might actually want to pick an AR effect up, use it and share it with their friends. That’s where I think I see this stuff differently than most other creators do.

There’s one AR experience specifically, and I won’t blow it up and name names, because parts of it are cool. But the only place I’ve ever seen anyone actually engage with it is in case-study videos. And it’s because the experience of actually getting to the fun part is so, so hard. First, you have to find the product in a store, then you download an app just to run this AR experience, then start up the app and point the camera at the product and then you get to watch this product’s label come to life.

This experience gets shared everywhere and is held up as the standard of what AR can be. But I always think, “Who is really going to see this thing, notice there’s an AR experience to be had, then download an app just to run it? All while I’m just trying to run an errand and pick up a few things in a busy retail environment?”

Coming from an advertising background, these are the kinds of questions I’m asking myself all the time. As marketers, we’re more aware that the most complex, deeply immersive experience isn’t always the right one.

As marketers, we’re more aware that the most complex, deeply immersive experience isn’t always the right one.

Where do you think brands fit into the AR landscape?

These kinds of interactions are about awareness and engaging people at the very top of the sales funnel. You can’t hit people with the heavy branded piece right away. Nobody wants to put an ad in their feed. Understandably, this can make some people a little unsure about investing in the platform. But brands spend millions of dollars to drive awareness with TV campaigns that have zero conversion metrics all the time. These effects are a relatively cheap and much more trackable way to do almost exactly the same thing.

We’ve done some work here at Signal Theory with our current clients, and we’re already seeing success. And we’re starting to get some traction and some interest from other brands that have noticed what we’re up to as well. We’ll be sharing more about that work coming soon.

While we’re talking about doing branded work in this space, though, I would like to mention that being an influencer in this space has been really helpful. The approval process at Instagram is rigorous, and many people go through rounds and rounds of having their submitted effect denied. I’m lucky enough to have a year of experience working with Instagram to determine how the approval process works, and I can talk to them more directly to work through changes and get effects approved quickly.

Besides providing Signal Theory clients with great work, what are you doing to share this approach to AR with the world?

In the months since I first connected with Facebook and Instagram, they’ve sent me out to talk with other creative groups around the country. I was recently invited to the United Nations to determine how to build awareness for causes they support. I’m doing an upcoming hack-a-thon event in San Francisco to build awareness for women’s safety. And I’m giving talks and leading hack-a-thon events in LA, Vancouver, New York, Chicago, Facebook HQ and more to come, I hope. As much as I love creating with Spark and Instagram, I enjoy sharing what I can with both the Signal Theory and wider development communities even more. It’s exciting to see how different people play with the technology to further their own causes and missions in interesting and highly creative ways. 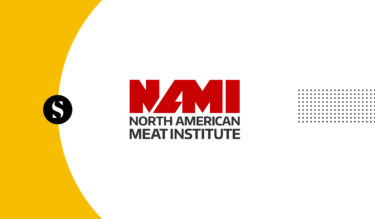