Consumers Continue to Want More from the Media - Signal Theory

Consumers Continue to Want More from the Media

Over the last year, the media has covered many stories about food production and recalls. When asked if any news stories caused them to think differently about a food or a brand of food, more than 70% of Americans said no. While stories may have an immediate impact, the impression on the consumer diminishes. But that doesn’t mean they don’t find value in the stories.

While many Americans say there haven’t been any news stories causing them to think differently about a food product or brand of food, over two-thirds (67%) still want the media to break stories about how food is produced. Those who self-report as being healthy eaters and those who eat organic foods are more likely to hope the media continues to break stories. Dads are more likely to listen to these news stories, with nearly three-quarters (73%) of Dads wanting to hear more from the media. 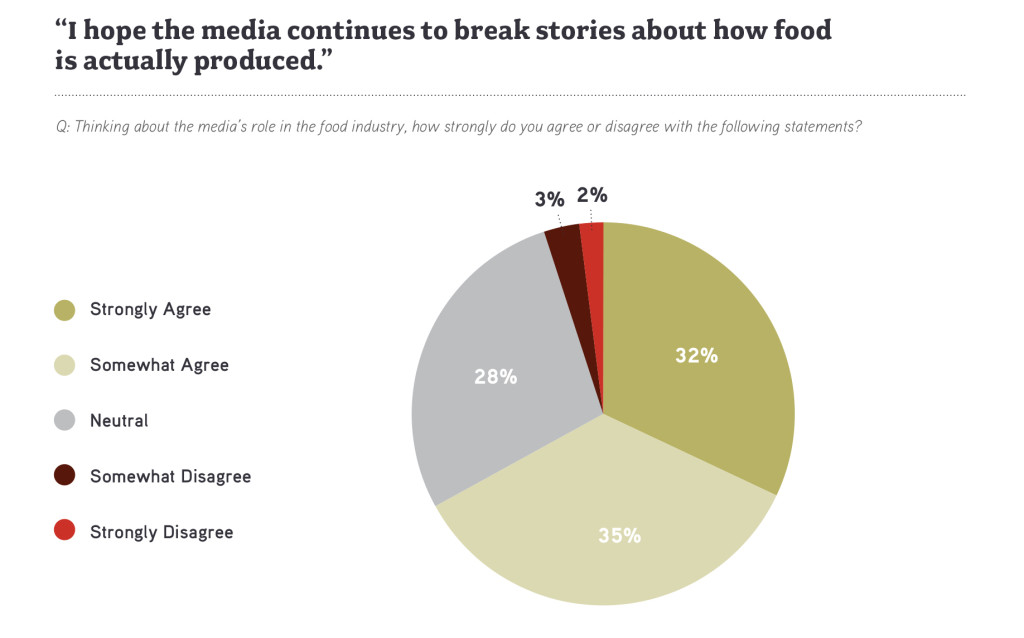 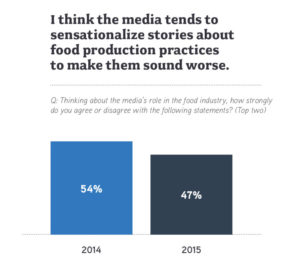 While some want more from the media, others think news stories are sensationalized. Yet consumers’ perception of sensationalistic media is slowly dropping. In 2014, just over half (54%) of Americans thought the media tended to sensationalize stories about food production practices, just to make them sound worse. In a
follow-up study in 2015, that percentage dropped to 47%.

For marketers, this means that their consumers will continue to turn to the media to find initial information about their brands. But marketers can use this insight to their benefit by intentionally working with media on a consistent basis.

Consumers say that a food recall doesn’t have to mean the end of a brand, yet they continue to look to the media to break stories about how food is produced.