It’s not easy being a Millennial. This generation is big, complex and the subject of a lot of assumptions by other generations. As of July 1, 2016, U.S. Millennials numbered 71 million1, and their $200 billion purchasing power2 makes them a group that every food marketer needs on their side.

A challenge that comes along with the Millennial generation is its complexity. This is a group rife with conflict, driven in no small part by the Information Age. Take cell phone usage as one example. Compare older Millennials whose teenage years began in the early 1990’s with younger Millennials who hit their teens circa 2009. In 1993 mobile phone penetration in the U.S was 6%. By 2009 it had risen to 89%.3 How differently the lives of these groups have been shaped by cell phone usage alone. Right out of the gate, brands need to remember that they’re talking to an extremely diverse group of people.

The relationship between Millennials and food is no different. We took a look at our Signal Theory FoodThink data to see exactly how the complexity of this generation translates to food and how Millennials compare to the general population. We discovered that where they eat, what they cook and how they shop were all, you guessed it, riddled with complexity.

There is no such thing as ‘a typical Millennial’ and no single magic way to communicate with them.

1. Millennials Consider Themselves Good Cooks, but Their Definition of Cooking Is Different Than That of Previous Generations 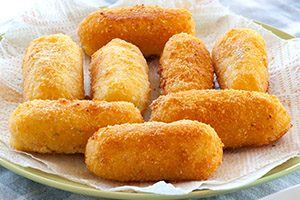 Sixty percent of Millennials say they have good or excellent cooking skills, and only three percent say their skills are poor4. However, our data shows that what constitutes “cooking” is subjective, and whomever’s lens you’re looking through could change whether anyone is indeed a good “cook” at all.

Millennials believe, more than most, that using a premade entree or side or preparing a frozen meal in the microwave counts as cooking. Boomers and Pre-Boomers, on the other hand, couldn’t disagree more4.

So does this mean that Millennials are deluded and are not good cooks after all? By a Boomer’s definition, probably.

Despite that, their self-perception at least indicates engagement between Millennials and food.

This is further demonstrated by their trust in food, which outweighs that of Boomers: They consider their knowledge of food production to be higher than that of Boomers; they cite it as more important than Boomers do, and they agree more than Boomers that both the agricultural community and the food industry are transparent about how food is produced4.

While Millennials’ definition of cooking may be loose, their interaction with food is still purposeful, not mindless like their definition might imply. This makes them an audience that food marketers can successfully engage.

Another key takeaway here is that definitions are sometimes subjective and evolve over time. If they didn’t, those of us who buy our bread pre-sliced rather than baking it from scratch every day like our ancestors, would never show our faces again.

2. Millennials and Food and Indecisiveness: They Love to Eat But Are Torn About Where to Do So 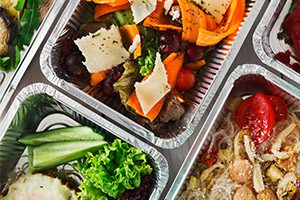 More than one-third (36 percent) of Millennials say that if they could eat out for all of their meals, they would – which is 22 percent more than the general population. They already eat out more than most for every single meal of the week,4 and they strongly prefer to eat at national chains5. However, it’s not always an easy decision.

Forty-two percent say they are going to try to eat at fewer national chain restaurants in the future. In fact, 38 percent stated that they think national restaurant chains are detrimental to our culinary culture4.

Millennials are also incredibly busy, and 58 percent work either full- or part-time jobs4.

A study by Randstad showed that Millennials are the most inclined to remain “on” after hours, with more than half feeling compelled to respond to emails outside of work and 40 percent expressing guilt about using all of their vacation time.5

Enter national chain restaurants – easy to locate with often-familiar menus of reliable food. In short, they don’t require a lot of planning or big decision-making. Perfect for a quick dinner after you’ve finished your 59th hour of work for the week.

Millennials’ battle over where to eat is a symptom of a bigger problem – how priorities for our personal lives are often compromised by work.

3. Millennials Are Particular About Their In-Store Experience, but They’re More Likely Than Most to Buy Their Groceries Online 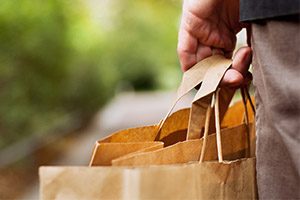 Millennials care about things in-store that some of us don’t even notice. Music in-store, apps and the availability of other services (e.g. postal services, coffee shops) are all things they cite as more important than do Gen Xers, Boomers and Pre-Boomers. In fact, Boomers and Pre-Boomers care significantly less than most people about these things. Millennials are also more likely to admit that they select their grocery stores based on the overall experience they provide rather than the food they offer4.

Is it ironic then that Millennials are 61 percent more likely to use an online grocery service than the rest of us?4

Retailers need to constantly evolve in order to get a slice of the pie that is a Millennial’s wallet.

When you consider the demands on Millennials’ time, it’s not surprising that they are more inclined than others to shop online. The blurred lines between work and life being one, and parenthood often being another. Forty-seven percent of Millennials have at least one child at home. Millennials with kids are even more likely to grocery shop online, almost double that of the general population (194 index).4

Their continued use of brick and mortar stores alongside their online usage and their specific preferences once again show that Millennials are not a one-size-fits-all group.

They need options, and the disloyalty their critics often accuse them of may be true when it comes to the retail format. They will shift and switch their behavior, and they need their surroundings to adapt with them.

This means retailers need to constantly evolve in order to get a slice of the pie that is a Millennial’s wallet.

4. Millennials Are Trying to Eat Healthier, but They Can’t Figure Out How to Do it 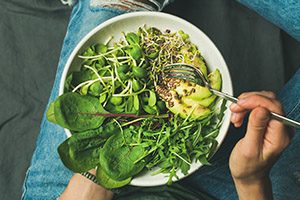 Seventy percent of Millennials say they are trying to eat healthier, but they are often faced with barriers preventing them from doing so. Twenty-eight percent of them admit to not knowing how to prepare a healthy meal, which is 32 percent more than the general population. Forty percent admit they are so busy that being active and eating healthy often get put on the back burner, again 32 percent more than most4.

The answer here may lie in something that Millennials are already doing – using premade dishes. Convenience foods no longer need to mean unhealthy. And while by their own admission they’re not choosing the healthy options right now, perhaps all they need is a little nudge to realize that healthy eating is already accessible to them and won’t demand time from them that they don’t have to give.

Brands that appeal to the convenience-seeking side of Millennials are probably best-placed to get healthy ingredients and meals in front of them.

Unfortunately, Conflict Is a Given Among Millennials

One of the most important things food marketers can do to combat this is to listen – invest in research and truly seek to understand as much as they can about the complexity of this group. They must pay attention to the nuances between older and younger Millennials. Food marketers must be prepared to adapt and diversify, and most important, they must never, ever, assume they know them.

Visit the library of free Signal Theory FoodThink white papers for insights into Millennials and more. 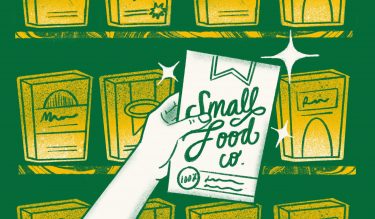 Why Small Brands Are More Trustworthy Than Big Brands

Evolving Trust in the Food Industry

In our fast-paced world, it may be easy to forget that the food you eat comes from somewhere and someone else.