We all know what Henry Ford said: “If I had asked my customers what they wanted, they would have asked for a faster horse.*”

When you’re seeking to market the next great American snack, it’s an easy sentiment to appreciate. How can you disrupt the industry? Where can you find something that people haven’t seen or thought about before? After all, it really wasn’t that long ago when you would have been hard-pressed to find a kale or quinoa lover in your circle of friends. But today, kale chips are certainly a thing. I’ll admit I don’t exactly know what acai or goji berries are, but I see snacks with those ingredients proudly displayed in shopping carts all the time. So, is that it? Comb the Earth for the next exotic superfood? Create entirely new categories? Challenge America’s snacking palate?

Or is most of this really the equivalent of a faster horse?

I mean how different is a chocolate-covered acai berry from a yogurt-dipped raisin anyway? And is the crunch of a wasabi chickpea any more satisfying than that of a corn nut? Trendier? Yup. Feel-goodier? Most definitely. All-new? Only kinda-sorta. Here at Signal Theory FoodThink we call this phenomenon “Snack Gentrification.” We first saw that phrase used by cartoonist Jen Sorensen to describe the cupcake craze, and it stuck with us. Snacking gentrification is the art of giving familiar snacks (and snack forms) a makeover to appeal to hip, urban tastes.

Even beef jerky, a well-known blue collar snack, is getting in on the act. Low in calories, high in protein and imminently portable, the old jerky biz is booming. In fact, the category has swelled to nearly $1.5 billion in sales according to IRI. And gentrification has followed suit. Krave Jerky offers varieties such as gluten-free black cherry barbecue, garlic chili pepper and sweet chipotle. Not your grandpa’s jerky to be sure. Little wonder that Hershey recently purchased Krave for something in the neighborhood of $300 million. Which, of course, makes me wonder what kind of champagne pairs best with black cherry barbecue jerky? It’s certainly a worthwhile question to ask. America loves its snacks. FoodThink research shows 81% of Americans grab a snack each day. But it gets better. Snack attacks become far more frequent as emerging markets begin to urbanize. Winning the hearts of minds and these vast new consumer communities will surely involve inventing entirely new snack categories. But there’s also a clear path to success with just a little gentrification. What are you going to do with your fixer-upper?

In any case, the snack category is going to continue to be a fun one to watch. Now, someone pass me the sea salt and sour cream popcorn. 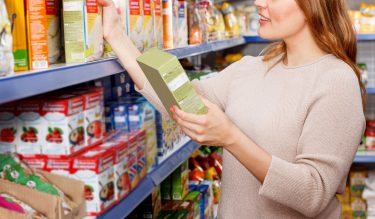 Challenger Brands: How Small, Up-and-Coming Brands Are Taking a Bite Out of Big Food Brands

As the snacking culture continues to rise in America, our traditional views of mealtime are rapidly being reshaped.