When consumers walk through the produce section of their favorite grocery store, they experience the bounty of each harvest with absolute transparency – they can see everything. Some will carefully examine potatoes, apples and oranges, finding just the right ones for their family. They’ll select the trio of stoplight peppers or a clamshell of berries that are most appealing. You’ll even see some not only inspecting watermelons and cantaloupe to find the one that looks best, but tapping them for the one that “sounds” ripe.

While the produce category has historically been “transparent” in its lack of cumbersome packaging, consumers want more. They want to know where their food comes from and that it was produced in a way they trust.

Unfortunately, today’s food system is not as transparent as it should be in communicating with consumers to earn this trust. In fact, our proprietary Signal Theory FoodThink research tells us that only 37 percent of consumers believe the agriculture community is transparent in their communications about how food is produced, while only 34 percent believe food companies/manufacturers are transparent. That same research tells us that 65 percent of consumers say it’s somewhat or very important to know how their food is produced.

This relative lack of transparency and consumer desire for more information, coupled with a number of high-profile food safety incidents in recent years, has prompted increased interest and even scrutiny in food production processes.

In response, companies and organizations across the industry should publicly affirm their commitment to earning consumer trust by becoming as transparent as produce packaging – radically transparent. It may be uncomfortable. It will most definitely be a departure from “the way we’ve always done things.” But by doing so, the industry can earn the trust and confidence of consumers who will actively look for, purchase and support its products.

So what is radical transparency? For companies and organizations across the produce industry, it is a call for communicating more openly and honestly about the production processes used to bring fruits and vegetables from seed-to-store. We recommend five actions marketers can take to become radically transparent:

Many in produce and across food production have already taken a more active role in communicating transparently about how food is produced. The result – trust is improving. These and other efforts to be more forthright are beginning to pay off. Perceived trust in both the agriculture community and food companies is on the rise, increasing more than 15 percentage points since Signal Theory FoodThink began tracking this issue in 2012. That’s likely due in part to companies and organizations being more open in talking about how they produce food.

That progress is encouraging and demonstrates the benefit of increasing transparency. It also shows there is still work to be done to make the produce industry’s communications as radically transparent as the retail experience, earning the trust of today’s consumers. 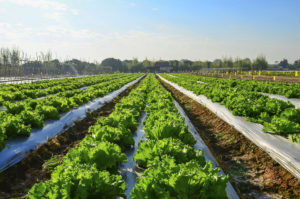 McDonald’s and Kale: Consumer Thoughts on This Likely Menu Addition

Building Trust in What We Eat

Learn what food marketers can do to build and maintain consumers’ trust in what they eat.