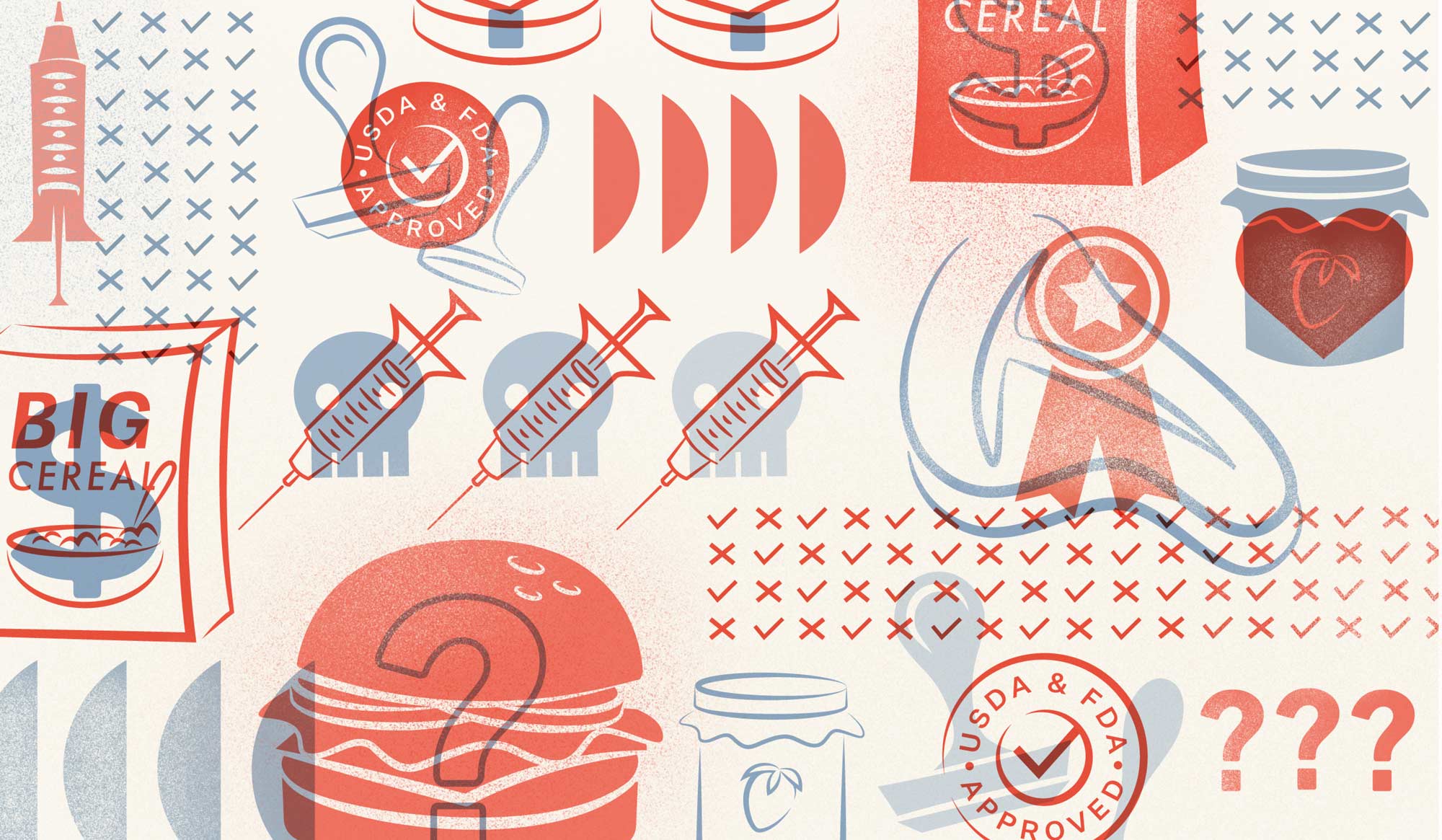 How Food Transparency is Impacting Trust in America’s Food Institutions

Certain institutions fare much better than others when it comes to consumer trust. We reviewed the rankings of these food institutions and considered how the impacts of food transparency and the other building blocks of trust might be playing their part in them. 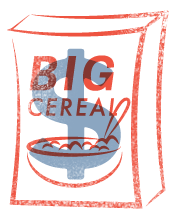 Twenty four percent of consumers cited big brands as “not very” or “not at all trusted to do the right thing.”1

“If a brand is living authentically, transparency should be easy and rewarding, not something to fear.”

In consumers’ eyes, big brands often mean big agendas for the sake of big profits, rather than having their customers’ best interests at heart. True or not, it means big brands have to work harder to be perceived as purposeful and relevant to the real lives of consumers.

This is where the four building blocks come into play. For the most part, big brands have nailed competency – the ability to produce a consistent product that meets expectations – and the history of their companies play their part here. Purpose is also being demonstrated more and more with brands building their “why” into their messaging.

Where many big brands fall short is on authenticity, or actively living and demonstrating their “why.” This doesn’t just come from what they say to their customers. Aligning their employees, leadership and shareholders – as well as consumers – is a defining characteristic of authenticity.

Food transparency, too, is often demonstrated, with insights into production practices and ingredient sourcing becoming familiar topics in big brands’ messaging. But to align with consumer values, transparency needs to run deeper than that. Trust earned from being transparent about ingredients and practices could be quickly undermined if a consumer learned about controversial affiliations or questionable employee policies, for example.

If a brand is living authentically, transparency should be easy and rewarding, not something to fear. 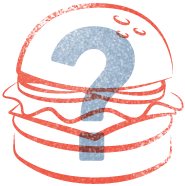 Twenty eight percent of consumers cited fast food as “not very” or “not at all trusted to do the right thing.”1

Urban myths surrounding ingredients and processes have long led to assumptions about the fast food industry’s food transparency. Some stories refuse to die and consumers are becoming more interested in where their food is coming from with almost half (42%) of trying to learn more about where their food comes from than they were five years ago.1 This plus the plethora of blogs and documentaries dedicated to fast food practices has compounded an attitude of distrust.

As such, fast food is another institution that needs to work harder than most to win trust. It also stands to benefit more than many by being transparent.

One thing fast food companies have made great strides in, is demonstrating their competency. SONIC Drive-In proudly features quality cues in its packaging and on-lot messaging. References to 100% pure beef patties, all white meat chicken and real ice cream, as well as real fruit and orders “made fresh for you” demonstrate SONIC’s commitment to premium ingredient sourcing, food quality and freshness.

Efforts such as these illustrate fast food and quick serve companies’ recognition of the need to reassure consumers that they can be trusted. But it’s a long game that requires stamina – consumers’ minds won’t be changed easily when concern and frustration about being taken advantage of are so top-of-mind. That’s why it is important to integrate PACT into strategic messaging and not just in one-off campaigns. 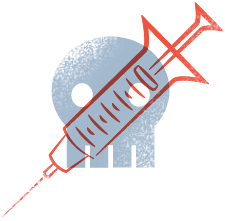 Thirty two percent of consumers cited animal pharmaceutical companies as “not very” or “not at all trusted,” making the category the least trusted to do the right thing.1

While not always top-of-mind as part of the food system, it’s important for consumers to have confidence in animal pharmaceutical companies’ practices in order to have broader trust in the food system.

The pharmaceutical industry, as a whole, has suffered significant declines in consumer trust in recent years. According to Edelman’s trust barometer survey, as reported in Medical Marketing and Media in June 2018, just 38% of Americans say they trust pharmaceutical companies, down 13% from 2017.2

Furthermore, A June 2018 report by Reputation Institute published in Business Insider claims there was “a significant decline in the public’s perception of the transparency, openness and authenticity of drugmakers.”3

We believe animal pharmaceutical companies are subject to a form of a cognitive bias called illicit transference, and particularly the fallacy of composition. This bias applies when what is perceived to be true of a part is believed to be true of the whole. Transferring a belief from something specific to something general.

Without direct-to-consumer communication channels of their own, it can be difficult for animal pharmaceutical companies to exercise great food transparency to consumers directly and to educate them beyond what they are hearing from consumer brands or through mainstream news sources. These gaps in consumer education can have dangerous implications on consumer trust as conversations between consumers that are not based in fact can quickly create false realities, and animal pharmaceutical companies have few levers to pull to dispel these myths.

One lever they might benefit from pulling is that of farmers and ranchers. Later in this post we examine what this group can bring to food messaging but they might also represent an opportunity for a great ally for animal pharmaceutical companies. 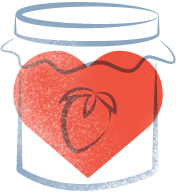 Fifty two percent of consumers cited small and up-and-coming food brands as “very” or “somewhat trustworthy to do the right thing.”1

“Often entrepreneurial start-ups on people-driven missions, small food brands benefit from purpose and authenticity being inherently at their heart from day one.”

Consumers trusting small brands more than large ones is not a new phenomenon. Since 2005, Gallup has reported an average of 65% of consumers claim to have “a great deal” or “quite a lot” of confidence in “small business,” compared to an average of 20% saying the same about “big business.”4

Often entrepreneurial start-ups on people-driven missions, small food brands benefit from purpose and authenticity being inherently at their heart from day one. They organically weave both into their branding and communications – this is food transparency at its best. Remember, transparency is not just about disclosing your ingredients and practices, but also about shining a light on your purpose and how you authentically live it.

Because of their size, these companies are seen as actual people rather than faceless, profit-driven entities, and their smaller infrastructures allow them to show who is doing the work and how they are doing it.

Of course, communication channels are a big help here and again, small brands communicate directly with consumers in a way that not all big brands can. Having smaller budgets often means an emphasis on more direct personal communication and more conversational messaging that lends itself to building a cult following based on shared ideals.

In short, small brands often align with PACT more naturally than big brands do. So while they might not have the reputation or the history that big food brands do, they bring a lot to the table that directly impacts trust. 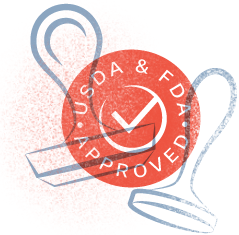 Fifty eight percent of consumers cited the FDA and USDA as “very” or “somewhat trustworthy.”1

“They provide a quick-reference answer to the question “Is this product good, or not?” No subjectivity involved”

Though Signal Theory can’t speak directly to the trust issues facing the government, we can provide some hypotheses as to why government food regulators, in particular, are ranked so highly.

Government food regulators represent competency, which they have long exhibited through programs such as meat grading and USDA Organic.

They shortcut the consideration stage by presenting an objective level of credibility to consumers. They provide a quick-reference answer to the question “Is this product good, or not?” No subjectivity involved.

Some brands look to these institutions to improve food transparency across the board. For example, after years of back and forth around their use of the generic term “healthy,” nut bar brand Kind recently challenged the FDA to update the rules regulating what brands can claim when it comes to nutrient content claims. While these debates may cause confusion and vagary in the short term, these conversations pave the way for better transparency and clarity for all. 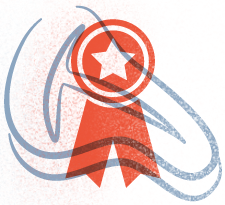 Sixty four percent of consumers cited farmers and ranchers as “very” or “somewhat trustworthy,”1 making them the most-trusted institution.

You can’t get much closer to food than the men and women growing and harvesting it, so what they say carries plenty of clout.

A lot of brands recognize the competency and transparency that farmers and ranchers add to food messaging – they bring both to the people at the end of the food value chain by representing what goes on at the start of it.

As such, over the years, brands have leveraged this to varying degrees of sensitivity and success. Featuring real farmers doing what they do on their real farms is a respectful way of elevating the people who produce our food.

At the other end of the spectrum are crude caricatures of farmers wearing overalls and chewing on stems of wheat, which is neither respectful nor accurate. In between, you may find an actor’s portrayal of a farmer show up in a TV ad – while more intentional than said wheat-chewing caricature, these are still a world away from the real lives of farmers, an accurate representation of which is important for consumers to see.

In this sense, brands can be great allies for farmers and ranchers who lack the opportunities to speak directly with consumers themselves (it’s interesting to note that as well as being the most trusted institution, they are also the second-most trusted source of info about food production; however, when it comes to how much consumers actually use them for this info, they fall in rankings). Brands that are focusing on food transparency can benefit both themselves and their suppliers by incorporating farmers and ranchers into their messaging and giving them a voice.

The Importance of Food Transparency

When few opportunities exist to demonstrate transparency directly to consumers – for farmers and ranchers, for example – brands can be the conduit between these institutions and consumers, helping their own transparency perceptions at the same time.

In other categories where the opportunities and the willingness for transparency is strong, such as fast food, long-term strategic plans need to be made to keep the momentum up. Recognizing the position consumers have been put in over the years is key and having the stamina to keep on trying is what will win out in the end. There are some key players doing great things in this area.

“It is important that brands don’t put all of their efforts [into the transparency building block] and neglect the other three. If they do, transparency could do more harm than good.”

The most important thing to recognize it that all four of the PACT building blocks have important and unique roles in building consumer trust, but the total of them is worth far more than the sum of their parts. Though transparency is cited by consumers as the most important of the four building blocks, it only works when it shines a light on its preceding three. It is important that brands don’t put all of their efforts here and neglect the other three. If they do, transparency could do more harm than good.

For more insights into trust in food, download the latest FoodThink white paper: Trust in Food – Creating Trust in an Era of Skepticism

Trust in Food: Creating Trust in an Era of Skepticism

In a world where consumer trust is rare, difficult to earn and easy to lose, businesses are increasingly looking inward to their “Why?” in order to resonate with their consumers. While this is encouraging progress, there is more to building trust than knowing your “Why?”