Trust in the Produce Department 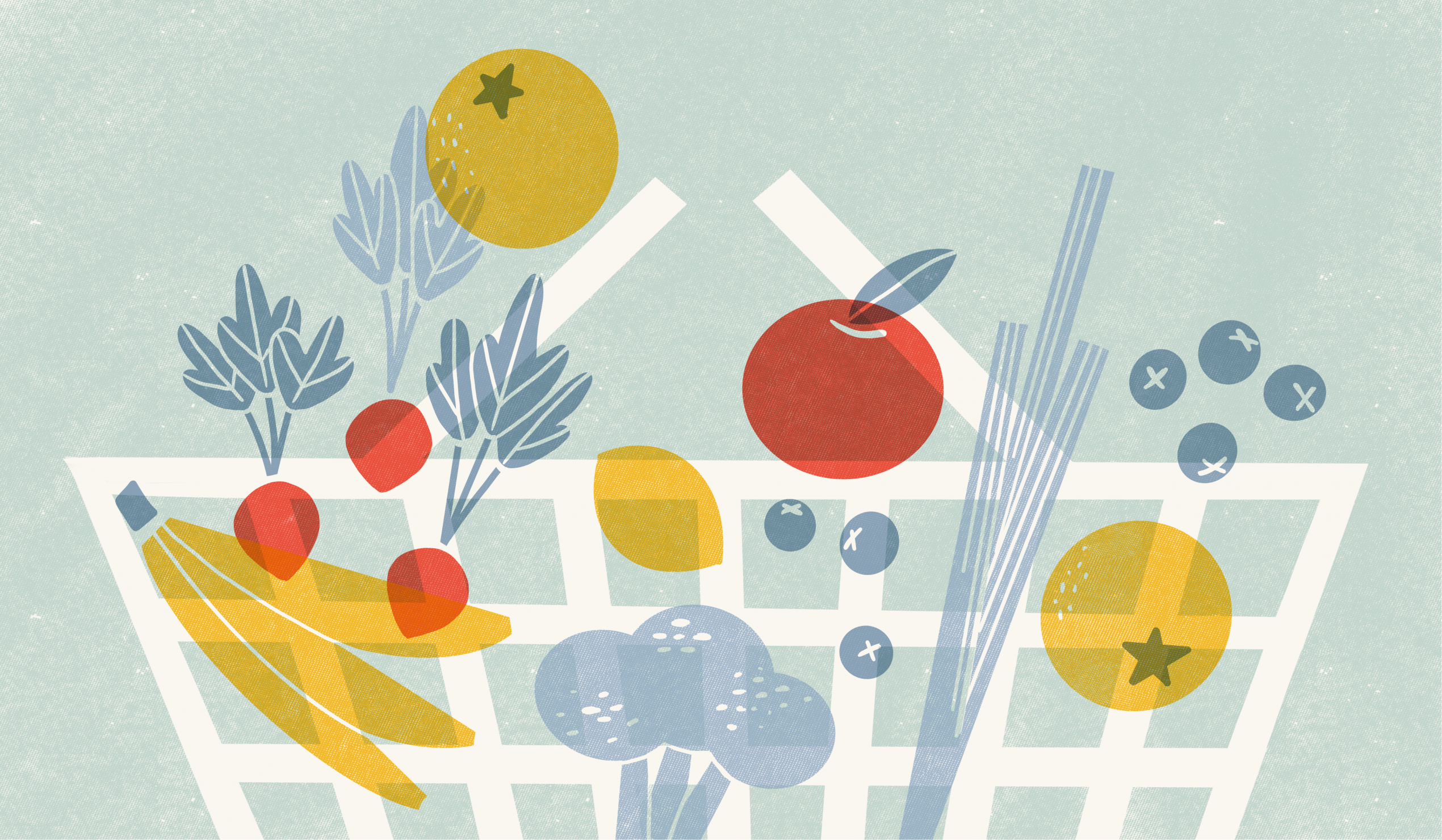 Amid so many high-profile recalls, it might be surprising to learn that in the latest FoodThink study, foods in the produce department were revealed to be the kind consumers trust the most – 49 percent of consumers said they believe fresh fruits and vegetables to be very trustworthy, with just eight percent regarding them as not trustworthy.1

So what is it about fruit and veg that can withstand such negative press and still come out on top? The experts at Signal Theory have identified three possible reasons for consumers’ unrelenting trust in their produce department.

1. Food in The Produce Department Aligns With What’s Most Important to Consumers

Fruits and vegetables have long been the first things recommended to those who want to eat healthily – both the USDA and the U.S. Department of Health and Human Services advise that half of each meal should be made up of fruits and vegetables.2,3 So with 64 percent of consumers trying to eat healthier than five years ago,1 it makes sense that they would be looking to the produce department to help them on their quest. On a similar theme, 63 percent of consumers are trying to eat fewer processed and more fresh foods than five years ago and 61 percent are trying to cook more meals at home than five years ago.1 As the basis for almost any scratch-cooked meal, fruits and veggies are likely to be the first thing they reach for.

Consumers also told us that fresh and healthy are the most important claims they want to see from their food with 74 percent saying freshness is extremely or very important and 62 percent saying the same about healthy.1 Further substantiating produce’s alignment with what’s important to consumers, individual produce brands that consumers identified as trustworthy were often praised for their freshness.1

“When a product aligns with consumers’ values it is seen as purposeful and therefore trustworthy.”

In short, produce appears to fulfill the first of the four main building blocks of trust: Purpose. When a product aligns with consumers’ values it is seen as purposeful and, therefore, trustworthy. 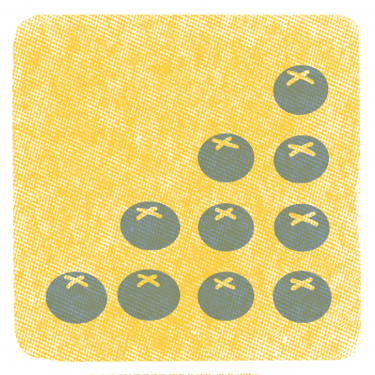 Another of the key building blocks of trust, competency is the foundation on which all consumer trust is built.

Before any sort of emotional connection can begin to form, there needs to be a basic level of trust, also known as functional trust, which simply starts when a company does what it says it will. Consumers will set their own standards for this level of trust, and it is up to brands to meet those standards.

Again, when looking at the brands in the produce department that consumers told us they trust, their reasons included how long they’ve been in business, the quality of their products and their freshness.1 These are all examples of competency.

“I trust [them] because I’ve never purchased a bad product from them.”

“They pick their fruits and vegetables at the right time of season so they always taste fresh.”

With such faith in their ability to consistently produce fresh, quality food, fruit and veg brands and products have a strong foundation on which to move their consumers along the spectrum of trust. Next stop: emotional trust.

3. Produce’s Transparency Has Been Tested and Has Impressed 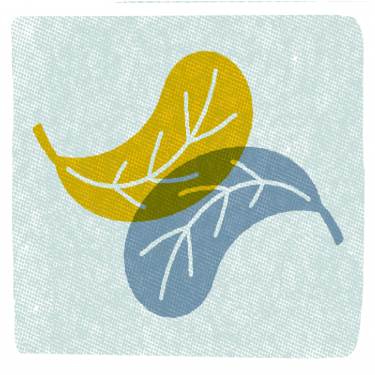 As a starting point, there is something to be said for the often literal transparency of the foods in the produce department.

“I think a large part of it is the sight and feel test. In the produce department, consumers can actually handle all of the goods themselves,” commented Seth Gunderson of Signal Theory.

But in addition to the literal transparency of produce, the category’s demonstration of transparency into its practices and its knowledge may have been a saving grace in recent times. In 2018, 39 percent of all product recall units in the U.S. were in the produce category, making it the most recalled food group.4 Despite being the one thing that continues to test consumers’ trust in produce, perhaps these recalls are ironically driving the most trust.

When E. coli outbreaks in 2018 were suspected to be linked to romaine lettuce, information about what was known and what wasn’t was quick to be shared with the public, thanks to retailers, producers and the FDA. Transparency was demonstrated to the fullest as traceback efforts began with the goal of finding the source of the problem. When the FDA launched a formal investigation some months later, reporting clearly outlined the timeline of events to date and follow-up communications continued to be detailed and honest.

Gunderson suggests that perhaps an additional driver of trust in these situations was the swift acknowledgment of the issue at a local level, even by those not affected:

“Word got out very fast about the issue and that stores were in compliance immediately. Additionally, it seemed that stores not affected also posted notices to help increase awareness.”

When it comes to rebuilding trust, 78 percent of consumers told FoodThink that the most important thing a brand can do is “change its practices to ensure it doesn’t happen again.”1 Again, the produce industry complied – amid criticism about traceability practices, the Produce Marketing Association and United Fresh Produce Association are encouraging an interim labeling program, designed using information from both the FDA and CDC. The program is voluntary but encouraged by the FDA until better traceability practices are established.

In addition, according to NBC News, the FDA is also partnering with Walmart to test new traceability practices so they can react even quicker to future outbreaks.

It’s important to note here that consumers cited government regulators such as the FDA and USDA as the second-highest trusted companies or institutions, second only to farmers and ranchers (Q: How much do you trust the following food companies and institutions to do the right thing?). More than half of consumers (58 percent) say these government agencies are trustworthy.1 So in situations such as product recalls, how these agencies respond can possibly make or break consumer perception of the products and categories involved.

What Can We Learn From Produce? 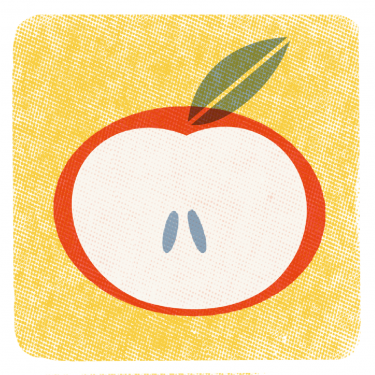 Produce is proof that even when the unthinkable happens, a brand or category does not have to assume that all hope is lost. A recent study by Category Partners revealed that almost half of consumers (48 percent) will revert to buying produce that has been recalled within one week. Only 4 percent would never buy it again.5

While it’s true that produce has some inherent traits that are likely to contribute to trust, such as its health benefits, the category cannot rely on these alone. Trust still needs to be earned. Nor is trust something that should be considered only in reaction to negative events. It needs to be constantly invested in over time so that in light of issues such as recalls, even a high-risk category can withstand setbacks.

If the right actions are taken and commitment made to the building blocks of trust – purpose, authenticity, competency and transparency – trust can be regained or even grown amid disaster, and the important question becomes not “How can we get them to trust us again?” but “Let’s remind them why they trust us.”

For more insights into consumer trust in food, including how other grocery categories fare, download our free white paper: Trust in Food – Building Trust in an Era of Skepticism.

Confessions of a Work Snacker

Splurging Dads and Their Barriers to Healthy Eating

Trust in Food: Creating Trust in an Era of Skepticism

In a world where consumer trust is rare, difficult to earn and easy to lose, businesses are increasingly looking inward to their “Why?” in order to resonate with their consumers. While this is encouraging progress, there is more to building trust than knowing your “Why?”